Would you like to switch to the accessible version of this site?

Don't need the accessible version of this site?

Healing Relationship to Food and Body

Why aren't we having more nuanced conversations about eating disorders? 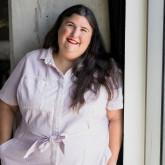 When it comes to eating disorder posts and blogs they often center around a few different topics. They usually go something like:

Weight restoration is all that matters.

Can someone with anorexia have decision making capacity?

I have to say I’m feeling exhausted by all of them. Not because they aren’t important topics and questions, they absolutely are, but instead of conversations they end up being directives; instead of dialogue they end up being accusations; instead of space for nuance and complexity and unanswered questions they end up being presented as if there is a correct answer when there is not. Of course there is no way to include everything in any one blog or social media post, and I will exclude things here as well, but reducing topics that require nuance and space for complexity to a question and expecting an answer is a huge problem that leaves little room for discussion or for actual lived experience.

Every time I read about these topics I want to scream “anorexia is not the only eating disorder!” It seems that eating disorders other than anorexia get left out of nearly every conversation about eating disorders and not only is anorexia not the only eating disorder, but eating disorders often overlap. People often struggle with symptoms or behaviors of more than one eating disorder at the same time, or at different times during their life. I want to ask people who say that cognitive state improves as weight goes up if they’ve ever sat with someone who purges and who’s anxiety and discomfort when they eat more and gain weight is so distressing that purging increases? We frequently are then holding space for someone vacillating between eating more and purging more or restricting more and purging less. It’s rarely as simple as gain weight, stay there for a while, and cognitive state will improve.

But part of the problem with the debate around weight restoration is that it usually leaves out the impact of anti-fat bias and weight stigma. For people who recover into a larger body, how do you know that eating disorder cognitions are going to decrease? Maybe in a culture with so much weight based oppression, there are times that they increase and don’t decrease even as time passes? Maybe for some people weight restoration means that not only do their eating disorder cognitions increase, but that the people around them start sounding a lot like their eating disorder when they criticize their weight gain and praise weight loss. Do I think there is liberation found in no longer suppressing weight? Yes. Do I think that there are people who, for many wise and understandable reasons don’t have access to that liberation right now? Absolutely.

I know that eating disorders can impact decision making. I also know that taking away someone’s autonomy around medical and treatment decisions can cause trauma that significantly impacts the possibility of healing. I wonder if people who argue that eating disorders prevent someone from having decision making capacity and that treatment should be mandated have ever sat across from someone who has endured forced treatment and now is terrified to share anything in therapy for fear that their therapist is going to mandate treatment again. There are times that mandated treatment helps and there are so many times it causes further harm and prevents someone from accessing treatment again.

It’s literally an impossible question in many ways. When we have no way of knowing the future, how do we make decisions about how to support someone in the present? Do we value living over everything? Do we value autonomy? Do we value relationship and believe it’s what helps people heal? What if that takes too long? What happens when we risk the relationship to mandate treatment? Do we risk causing more trauma for the possibility of someone surviving? Do we recognize the amount of trauma living with an eating disorder already causes? Do we know for sure that weight restoration- particularly for those who recover into fat bodies- is going to improve cognitive state? Are we holding the impact of anti-fat bias when it comes to eating disorders? Of the culture? Of abuse and trauma and oppression and marginalization?

And for the love of all things, are we remembering that anorexia is not the only eating disorder?

I long for conversations that consider these questions with nuance and complexity. I long for a space for providers and clients and activists and parents and advocates to be able to say “I don’t know.” Or to say “I disagree” without being attacked or told they aren’t an ethical provider or good enough supporter or the ‘right’ kind of activist or parent. I want us to recognize that lived experience matters- perhaps more than anything else. I am so eager to be able to have conversations that don’t come up with answers or agreement or consensus. I am not interested in finding ways to compromise values or ethics or hearing that only a small handful of treatments are “evidence based” when the truth is the evidence is severely lacking and many people have been harmed by these treatments.

I so desperately want the eating disorder field to hold a liberatory framework for all of these conversations and all of the ways we show up. I want liberation to be centered because, when we aren’t centering it, we are settling and that’s not nearly good enough. And, I want the eating disorder field as a whole to recognize the hypocrisy of even talking about ‘weight restoration,’ or discussing mandated treatment, or holding one form of treatment above another, or asking what causes eating disorders when the major eating disorder organizations are still promoting weight loss, still allowing members to accept money from weight loss companies, and have refused to take a stand on fat liberation. When the major eating disorder organizations, and many eating disorder providers, are still contributing to the development of eating disorders I have little faith in their ability to have complex and nuanced conversations. If they can’t unanimously answer one question that has an easy answer- the support of fat liberation- how can they be trusted to hold space for questions that have no answers?