Would you like to switch to the accessible version of this site?

Don't need the accessible version of this site?

Healing Relationship to Food and Body

How the Trauma Field is Traumatizing Higher Weight People 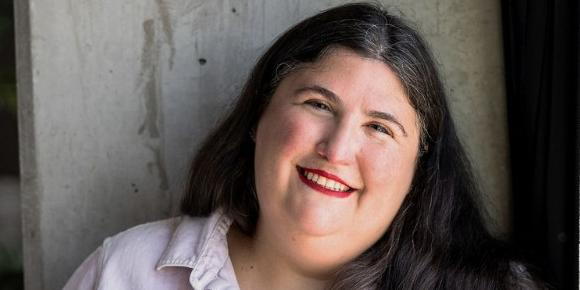 How the Trauma Field is Traumatizing Higher Weight People

I have been interviewed for many different podcasts, newspaper articles, magazine articles, and research studies, and have never been traumatized by the experience, that is, until I was interviewed for a podcast focused on trauma. I was a guest on the podcast to talk about the trauma of weight stigma. Specifically, the trauma of navigating a world that has a multi-billion dollar industry aimed at making a body like yours not exist anymore; a world in which you might be denied healthcare, given subpar care, be denied access to travel or activities, be harmed by therapists and the mental health system all because of the size of your body. The trauma of having your body labeled “protective” or a “shield” to prevent sexual advances because the concept of fat people being attractive is so beyond the capacity of many people to understand.

I found it particularly interesting that though this podcast took place over zoom and the host could clearly see that I am in a fat body, there was no pause to consider that perhaps talking negatively about fat bodies could be harmful to me as a fat person. In the end I asked that the podcast not be aired because, ironically, instead of educating listeners about the trauma of weight stigma the podcast would have traumatized higher weight people. I know many people might be wondering what podcast this was, but it ultimately doesn’t matter because it could have been any of them. The trauma field has a long history of traumatizing higher weight people.

I could go back even further than this, but for the purpose of this blog, I am going to take you back forty years to the 1980s when the adverse childhood experience (ACE) study was completed leading to ACE scores. ACEs are one of the most common topics when trauma is discussed, but rarely does anyone mention how the original study came to be. Dr. Vincent Felitti who developed the ACEs worked at a weight loss clinic and noted that those he felt were most “successful” (i.e. losing the most weight) were most likely to drop out of the weight loss program. Dr. Felitti could not imagine why anyone would drop out of the program especially when they were losing so much weight, so he figured that there must be something ‘wrong’ with those people. Dr. Felitti found out that a subset of the people who dropped out of the study had been sexually abused and he could only conclude that those who dropped out of the weight loss program must be regaining weight in order to “protect” themselves from unwanted sexual advances. Of course, it did not occur to Dr. Felitti that fat people also deal with unwanted sexual advances or that those who were restricting the most were most likely to start bingeing and gain weight as their body wisely tried to bring them back to homeostasis. Or even that they didn’t want to waste their time at his weight loss clinic anymore or that he wasn’t a safe person because he would chastise them for weight gain. Felitti only considered that the reason someone might regain weight is to not be seen as attractive.

Felitti is just one in a long string of well-known trauma therapists, researchers, physicians, and authors to pathologize higher weight people. This was especially evident throughout the Covid pandemic. Gabor Mate in an interview on The Current, says “why are people o*ese? Because they eat junk food. Why do they eat junk food? Because they’re stressed and that’s how they soothe themselves. So the most stressed parts of the population were also most likely to get Covid.” The assumptions in this statement are endless and the lack of imagination is profound. As any researcher knows (although there is no actual research into this statement), if you have already decided you absolutely know the answer to the research question before the research is done, you have a biased research study. In an interview about his book The Body Keeps the Score, Bessel Van Der Kolk includes fatness among a list of things trauma survivors are “vulnerable to.” Also on this list are medical illnesses, drug and alcohol addiction and depression. He comments that fatness (as well as the other things on the list) impact “optimal functioning of the entire organism, and the capacity for self-regulation and self-care.”

This narrative that fatness must be a response to trauma and a way to “protect” fat people from being seen as attractive has been carried forth by the trauma field ever since. They have added to the narrative that fat people are fat because they eat to soothe themselves in response to stress and trauma, and thus gain weight. Or perhaps people are fat because traumatized people engage in “high risk” behaviors and fatness is one of them. What the trauma field does not seem to consider is that perhaps people are fat just because size diversity is a thing. That perhaps fatness isn’t bad and we don’t need to try and investigate why people are fat. Or that perhaps the investigation into fatness is causing fat people trauma. They do not seem to consider that the trauma or trauma response is not fatness, but anti-fat bias and weight stigma. Being fat is not a trauma. Living in a world that is not safe for fat bodies is a trauma. It’s not fatness that needs to change.

It just takes a quick google search of trauma and higher weight people (except you would need to use the stigmatizing language of “o*esity” in your search) to see how obsessed the trauma field is with fatness, which makes the trauma field thoroughly unsafe for fat people. You can’t conceptualize fatness as a trauma, be searching for ways to extinguish fatness, and also be a safe place for fat people to land. It doesn’t work that way. Just like my fat body wasn’t safe in that podcast interview, it wouldn’t be safe with many trauma therapists and many popular trauma therapy books need to be read with caution because the vast majority of them discuss fatness as resulting from a trauma or being the trauma.

I wish that in the moment of that podcast interview I had the wherewithal to pause the host and point out what was happening, but as is often the case in traumatic situations, I was being flooded and struggling to ground and stop the interview from progressing. If I had been able to, I hope I would have pointed out that what was playing out between the host and me was an example of exactly the type of trauma I was talking about and I would have asked the host to pause and stop defending their weight stigma, and instead listen to what I had to say. I would have reminded them that I am the expert on what it means to live in my fat body and to navigate the world in a fat body as well as an expert on the trauma of weight stigma and that the host and listeners had an opportunity to learn from me.

What I would have liked to say on the podcast is this: it is hard to exist in a fat body in a world that hates fat bodies and it is so important that as trauma therapists we help people to recognize that their body is not the problem; that anti-fat bias is the problem. The trauma of weight stigma is systemic and seeps into every aspect of our lives including in the therapy room. Trying to turn fat people into thin people not only isn’t possible and causes harm, but is also traumatizing and that there are endless reasons people are fat and we don’t need to investigate them because there’s nothing wrong with fatness. As trauma therapists we have a responsibility to do our own learning and healing and to address our own weight stigma particularly because of all the ways anti-fat bias is embedded in the trauma field.

The trauma field explores the origins of trauma, the ways that trauma impacts people, and ways to support people in healing from trauma. What the trauma field as a whole has not done is look at themselves as the origin of trauma and when it comes to the trauma of weight stigma and anti-fat bias they are absolutely one of the origin points. The trauma field has an ethical responsibility to do better. After all, if you are causing trauma while trying to treat trauma, you aren’t breaking the cycle of trauma; you are perpetuating it.